Instead of Returning Home and Enjoying Summer in My Home Country, I Decided to Stay Abroad as a Graduating Student, and Just Like That I became the Student Council President of This Foreign School!

Wanting to leave a mark on her beloved school, Elisa decides to take matters into her own hands.

in Delinquency, Discipline, and Disorder is the story of one Elisa Augustine, a high school senior, as she tries to manage schoolmates and the studentry's activities. "Studies first, romance later." has become her motto of sorts, but that doesn't mean she won't have romance as well, after all, she's expected to live longer than her classmates and be better than everyone else.

The game is set in the 22nd Century, but in an alternative universe version of Earth. The story specifically takes place in Winter, in a city called Concordia, at the Auditore 8th Academy.

The current demos present a word count of 40,000 and features the old battle system (a modified Jake's Battle Engine for Ren'Py, two iterations) and the hand painted backgrounds.

The final game is expected to have a 90,000 word count, the in-progress club management features, and vastly improved and consistent art. 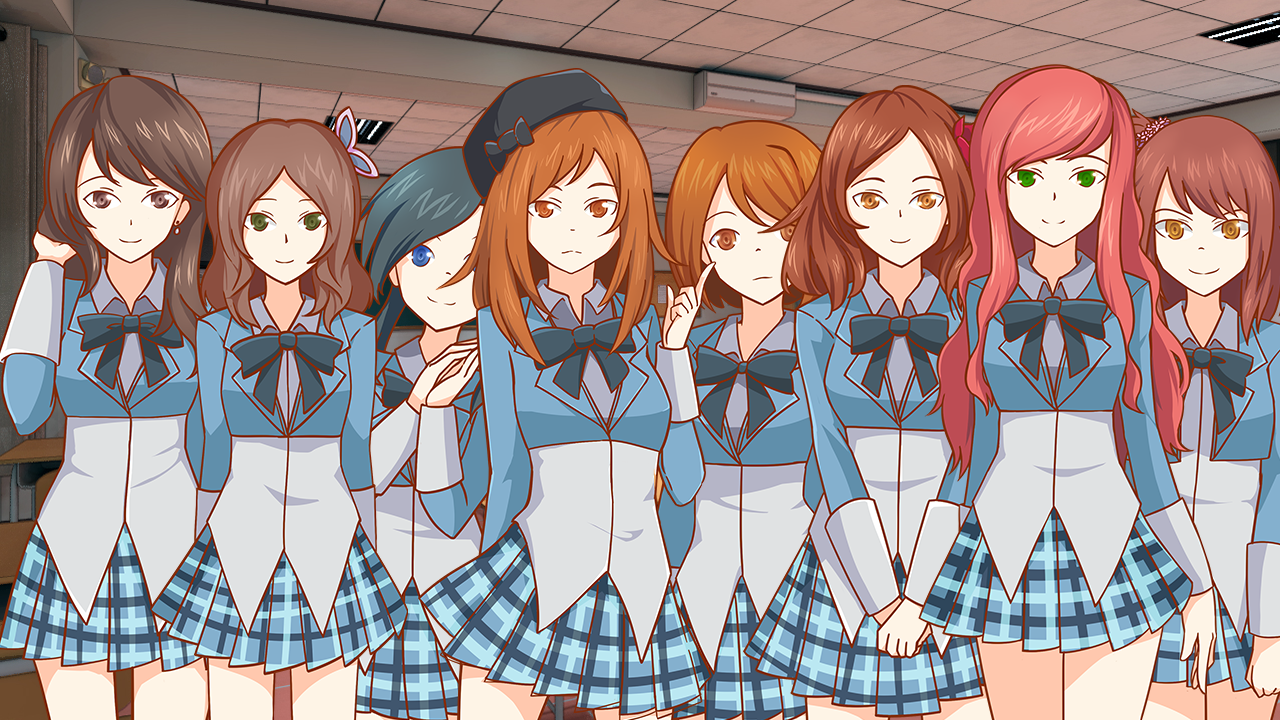 We opened the past alpha builds for downloads again. Click away, download and play, and maybe wail about this game. Whatever your impression is, do not hesitate to comment about any feedback you might have. We are entering a new phase of production. Stay tuned for more updates.

Sorry to say though, some of the girls are not in the earlier builds.

We also have an indieDB page where we occasionally dump updates. Please visit and follow us by clicking the link below. 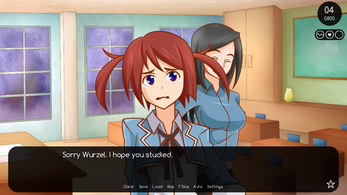 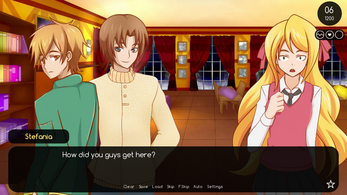 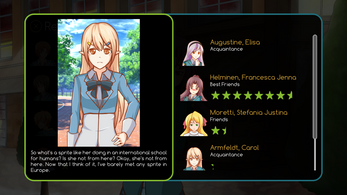 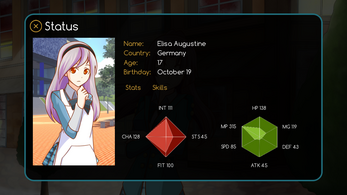 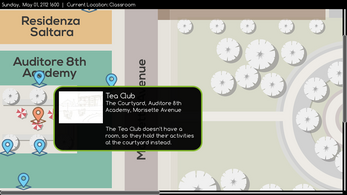